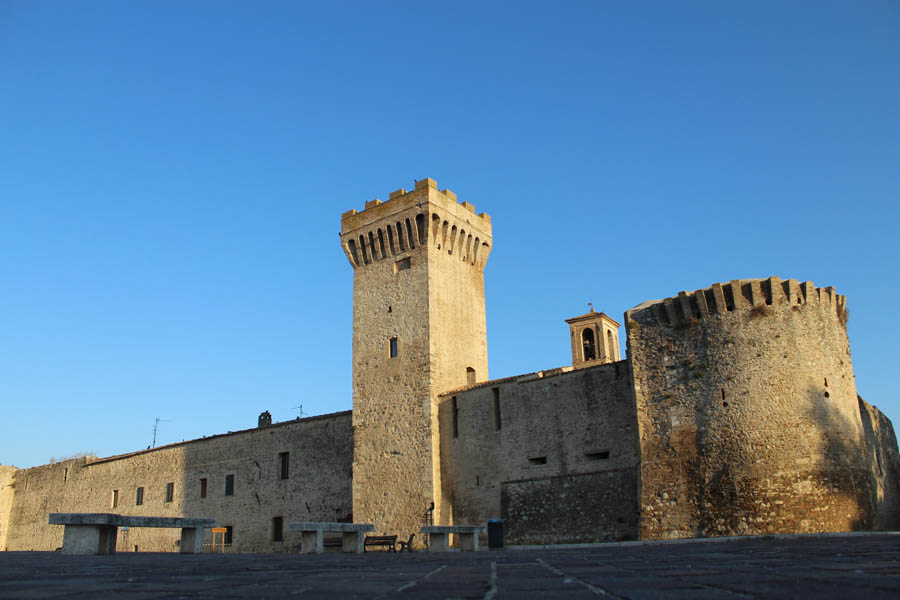 When traveling in Umbria I had the good fortune of stumbling across Torre della Botonta, where I stayed for a week while exploring towns in the area.  Torre della Botonta is an albergo diffuso, a type of hotel where accommodations are not in one building but instead are distributed around an area, often a town.  Here, the rooms of the hotel are sited in a frazione of Castel Ritaldi named Castel San Giovanni. And yes, it is an actual castle. Other residences around the border of the property compose the frazione.  However, if you are staying within this albergo diffuso, you’ll find your room located somewhere within the walls of the castle itself.

When I say “castle” perhaps what comes to mind is a kind of luxury experience.  It’s not exactly, nor is it plain by any means. Torre della Botonta achieves a perfect balance between ease and quiet elegance, privacy and community. It is a kind of nirvana, a sweet and beautiful fairytale environment. It’s positively blissful. 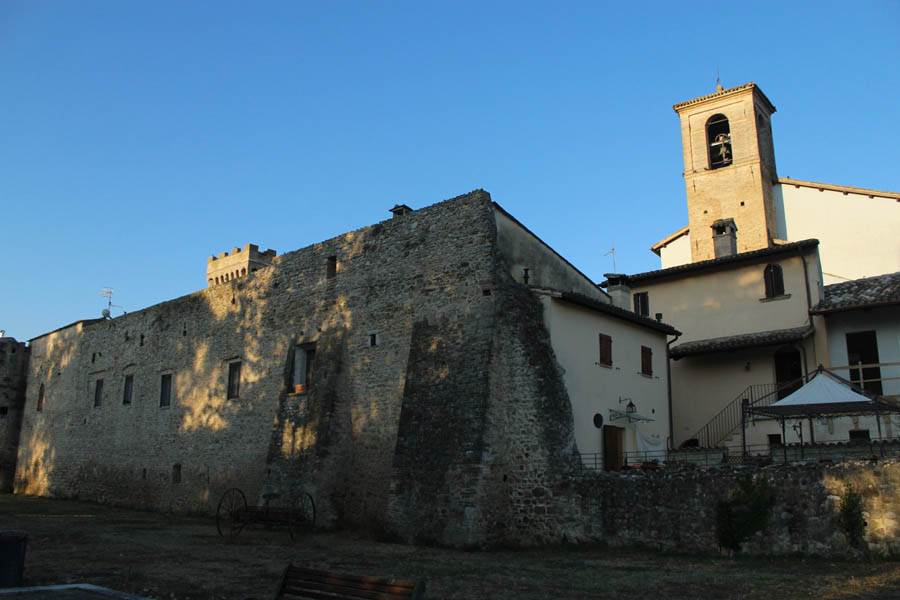 The vibe can no doubt be attributed to its owners, Donato Spina and his wife Floriana Tentori (Flo). Donato and Flo bought the hotel in 2019, just before the pandemic started. During lockdown they have launched nine rooms and an apartment for guest use and are currently renovating additional space for accommodation and common areas.

Donato is a hotelier with 48 years of experience in the business.  It shows. He and Flo are absolute maestros of hospitality. There is a level of detail that conveys great care, yet nothing is overdone. On the property, everywhere you look you see beauty and simplicity, and joy.  Each room is appointed in such a way that gives it its own character.  A favorite element of mine was the quotations of artists and writers written on old ceramic flower hangers, each serving as a reminder to live life with more attention to art, reflection, and beauty.  A different quote adorns each room. 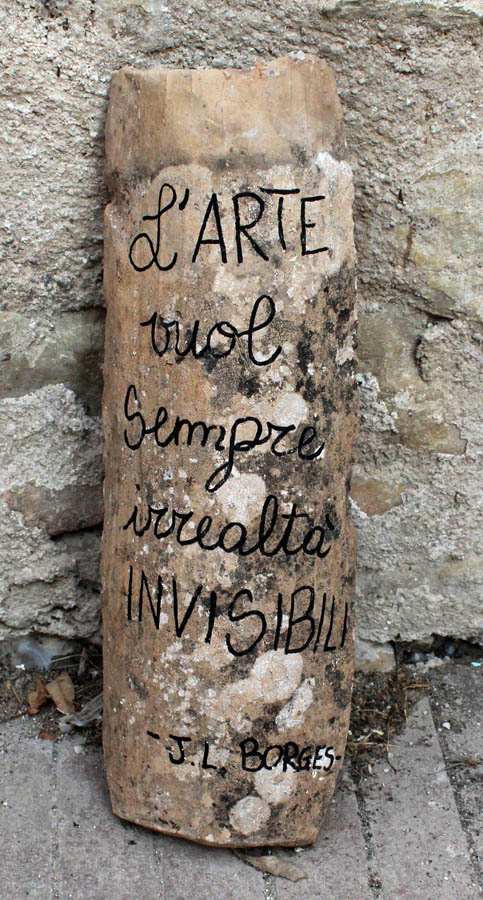 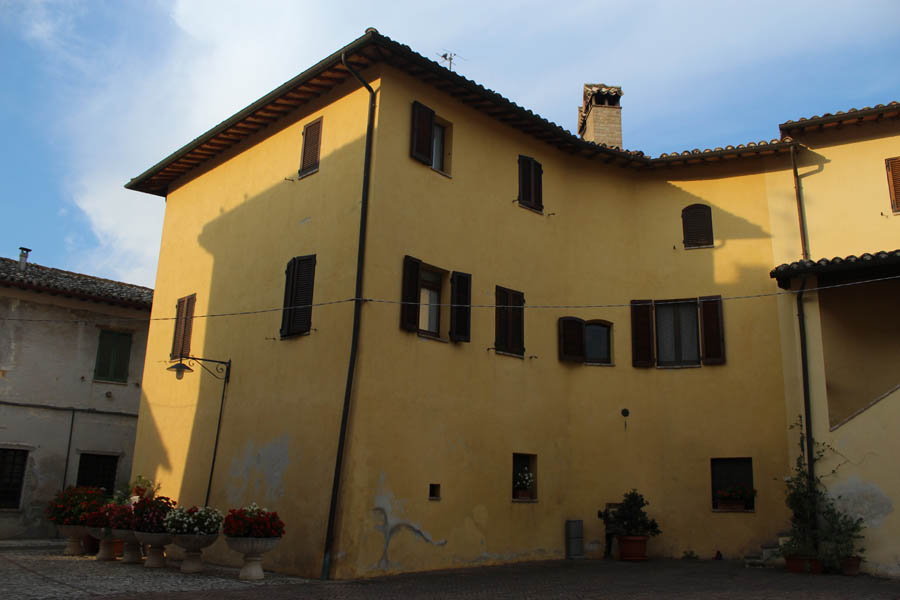 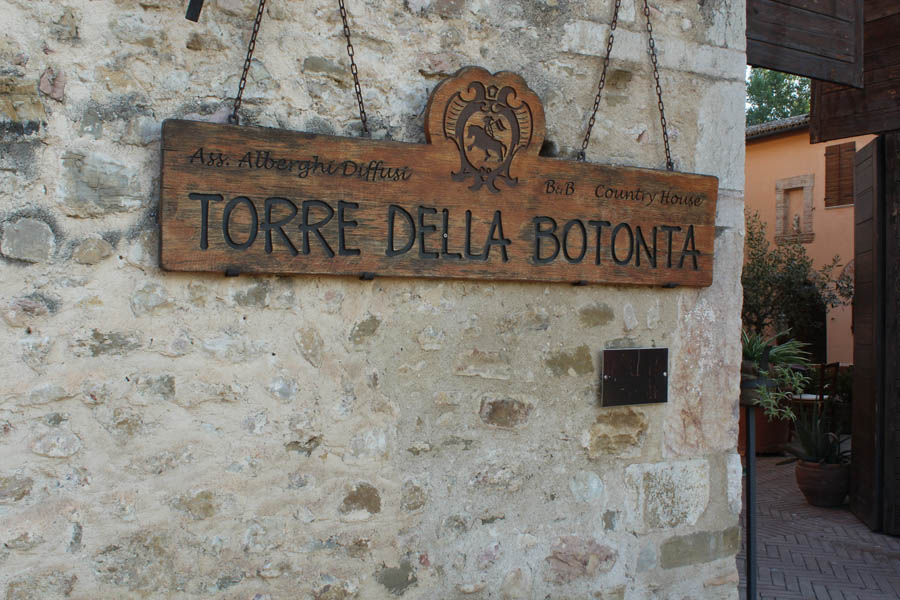 There is a bell tower on the property that sounds each morning.  Flo explains to me that a pair of barbagianni (a European species of barn owl) live in the tower, and that it has always hosted a couple of that species.  A small church painted in pale blue sits on the back of the property.  It takes no more than a minute or two to walk around the castle.  Yet it feels expansive.  When you take a stroll, you’ll be greeted by the residents of the community, who live intermingled with the rooms for rent.  Everyone is friendly and welcoming.  An adorable menagerie of cats and dogs wander around on the property in the morning and settle in for naps by lunchtime.  It’s a beautiful life.

Donato and Flo attend to guests each morning at breakfast, which is served in the courtyard near the entrance to the hotel.  Everything is easeful and relaxed, happy.  The couple advises guests on things to see in the area, and then everyone goes about their business to explore the borghi of Perugia: Spoleto, Spello, Montefalco, Assisi.  You can easily go further from this ideal location to explore places like Orvieto, Todi, and Viterbo. 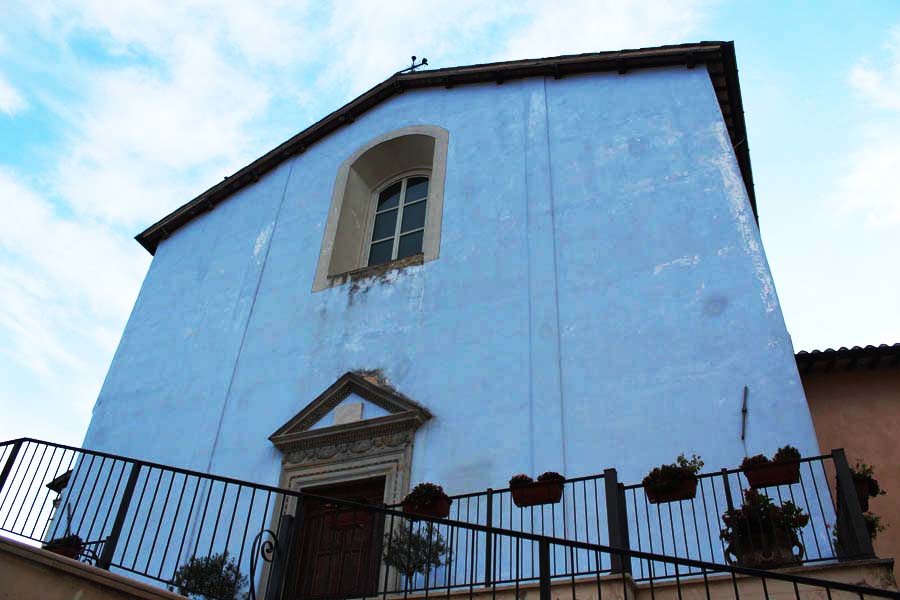 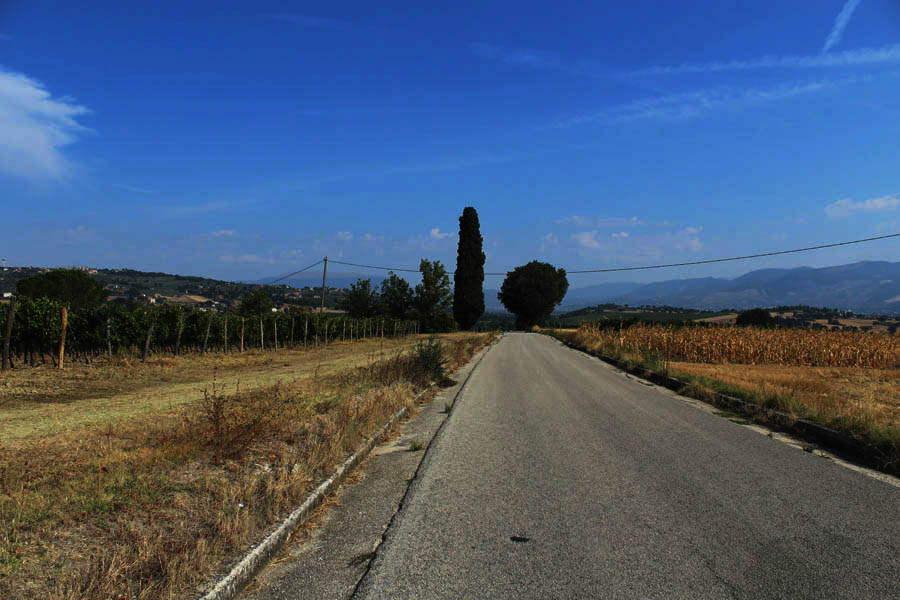 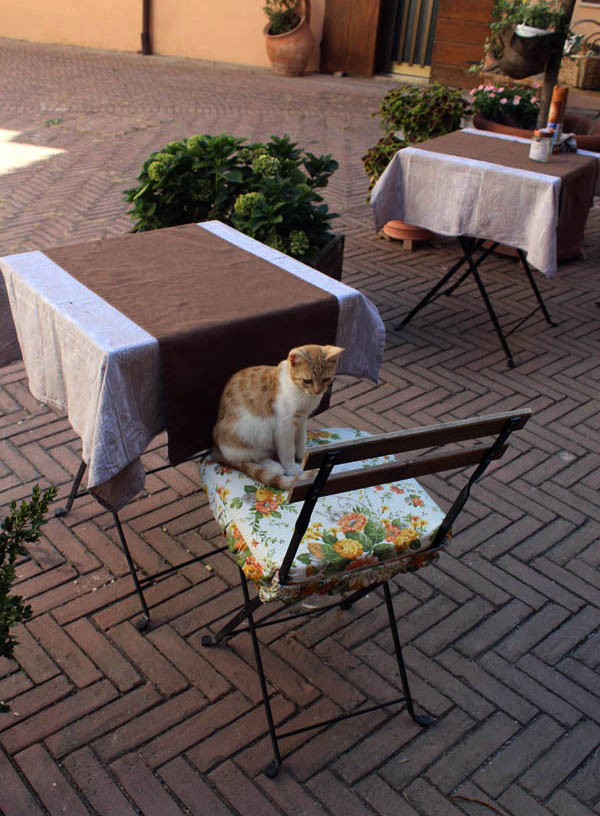 As for Umbria, the region is a wonder.  If you have ever considered a life in Tuscany, you’d be foolish to overlook Umbria.  It is lesser known but with the same type of beauty, a mix of farmland and hill country dotted with one gorgeous medieval town after another.  Umbria is a fantastic region for lovers of art, artisanship, lost crafts.  It is a dream for cyclists and, well, obviously foodies and wine lovers.  Think it’s not accessible?  On the contrary, Umbria is quite strategically positioned.  From Rome, for instance, it’s an easy hour and half train ride to Spoleto, the closest train station to Castel San Giovanni.

It’s hard to know why it is less popular and known than Tuscany. One theory is that technically, Umbria lacks its own coastline, a detail that perhaps doesn’t sit well with sun-and-sea-loving Italians. In practice though, from Umbria it is easy quite easy to reach the coast of Abruzzo and Le Marche, as well as the Etruscan coast of Tuscany.  In each case these are not more than an hour and a half from Spoleto.

You will do better in Umbria if you can speak a bit of Italian, or have a high tolerance for speaking with your hands. (Looking to learn Italian?… check out our Language Corner to help get you started.)  Since its lesser known to tourists, Umbria is not brimming with English speakers.  But that’s better, right?  You’re also going to be happier here if you don’t mind driving in Italy.  It’s the only way to explore the interesting nooks and crannies Umbria has to offer in abundance.

If you decide you want to check out Umbria, I highly recommend Torre della Botonta. As accommodations go, this albergo diffuso goes way beyond a hotel. It is a community, and one you will never want to leave.

You can visit the Torre della Botonta business profile here. 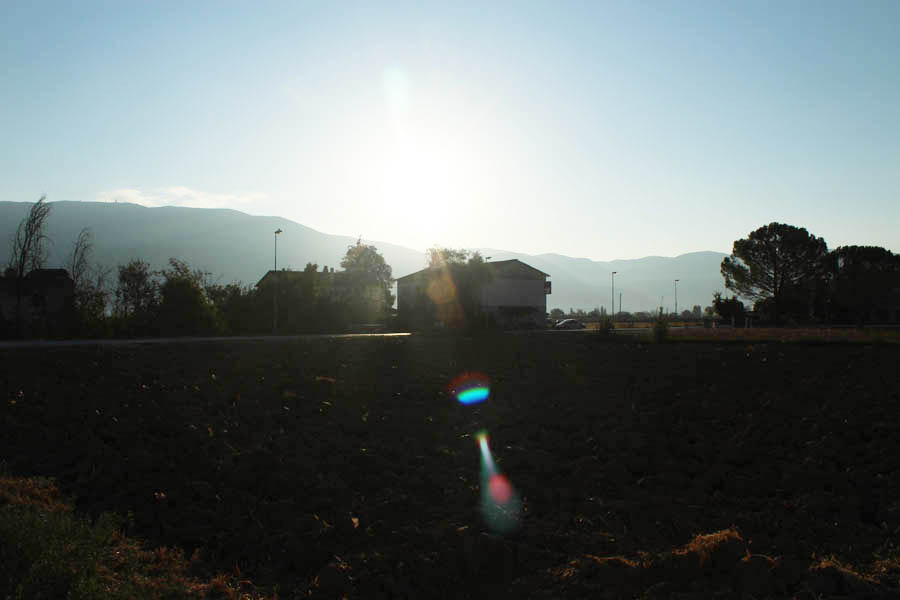 Featured image (top of page): Torre della Botonta, Umbria. All images are of the site and property, located in Castel San Giovanni, Umbria.